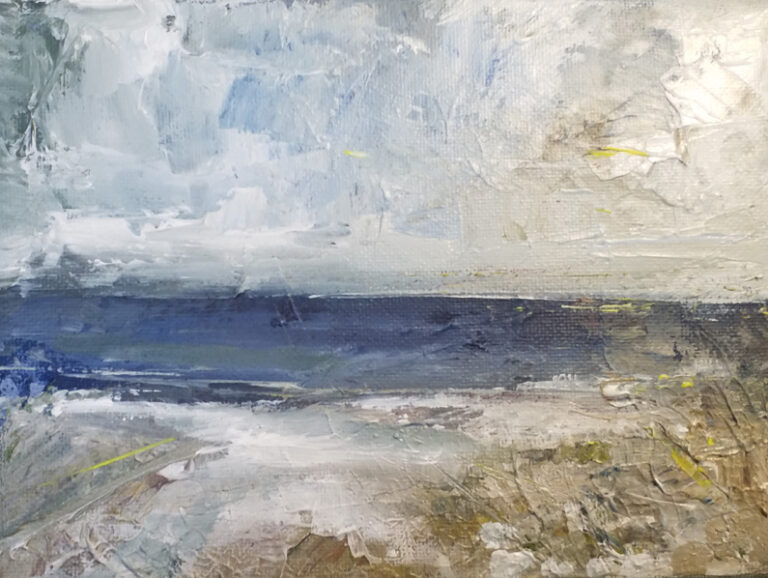 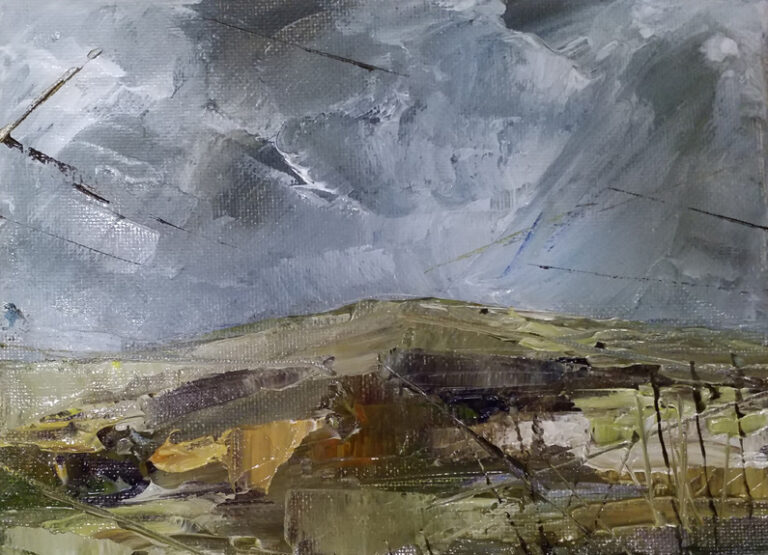 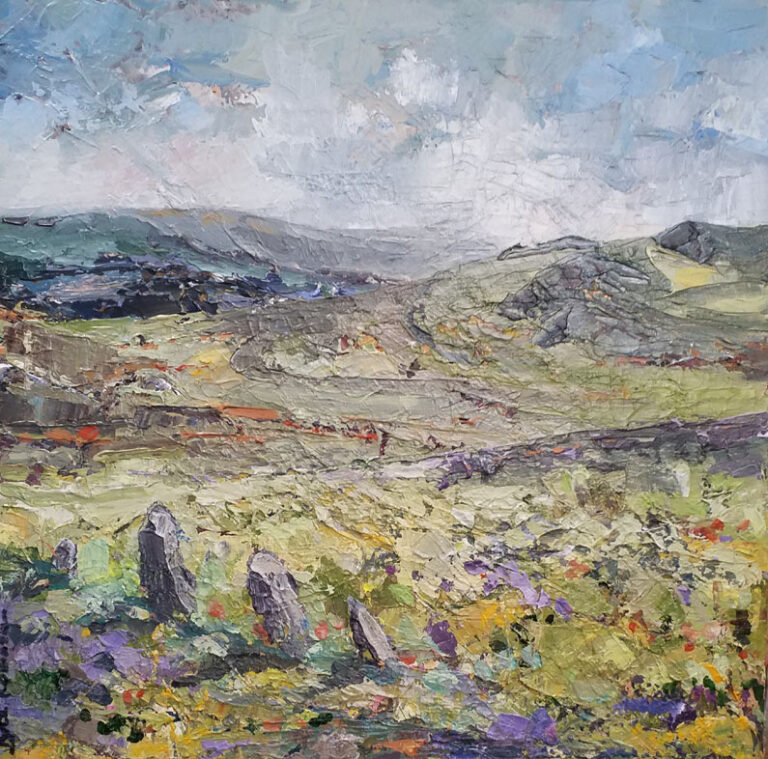 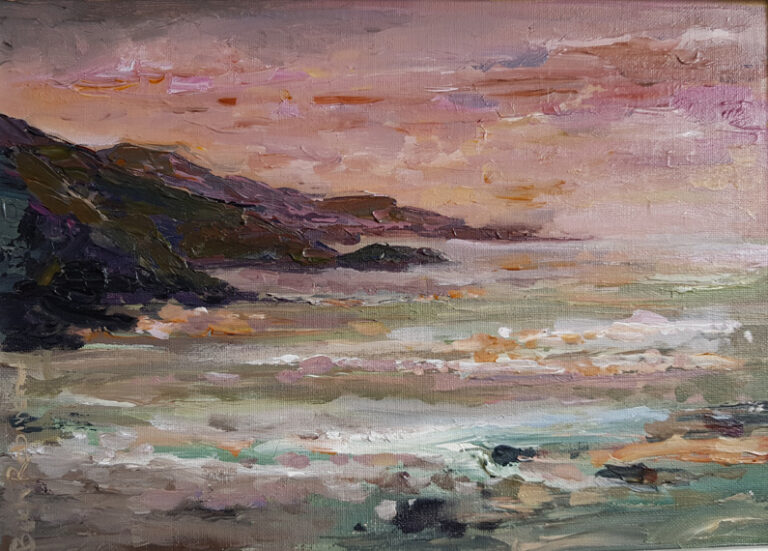 Medium:   Acrylic on board with white painted scoop frame. 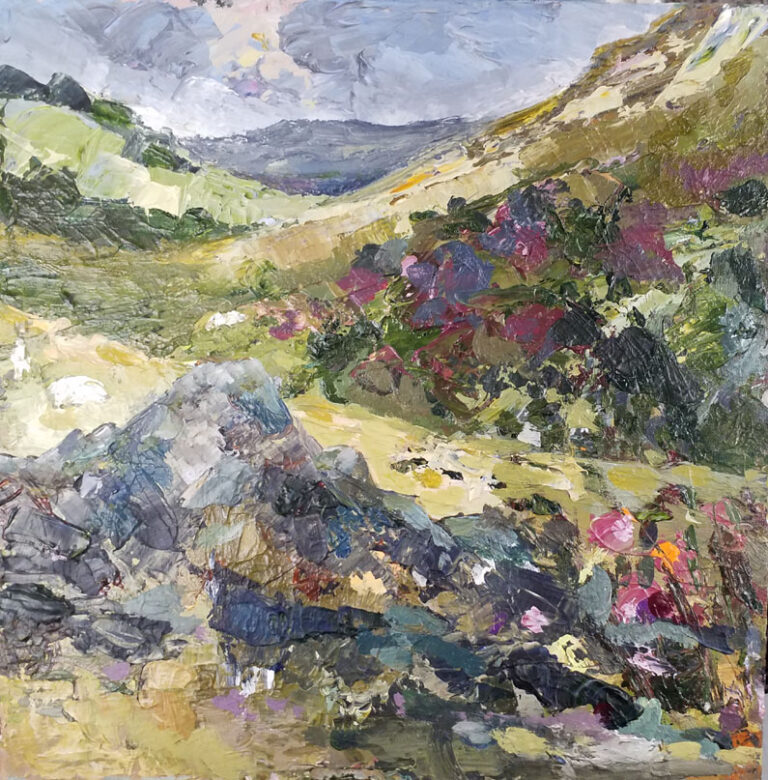 Medium:   Acrylic on board 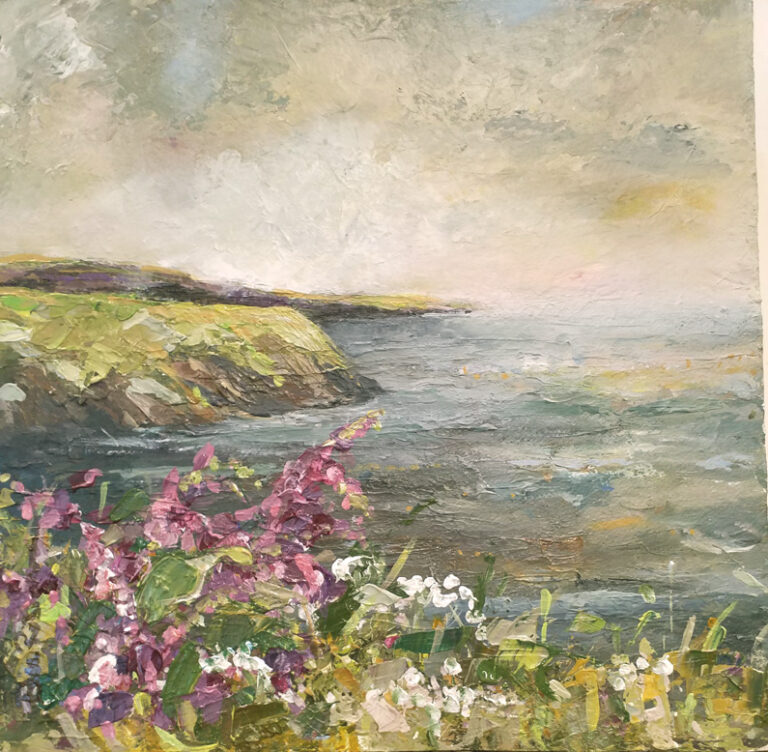 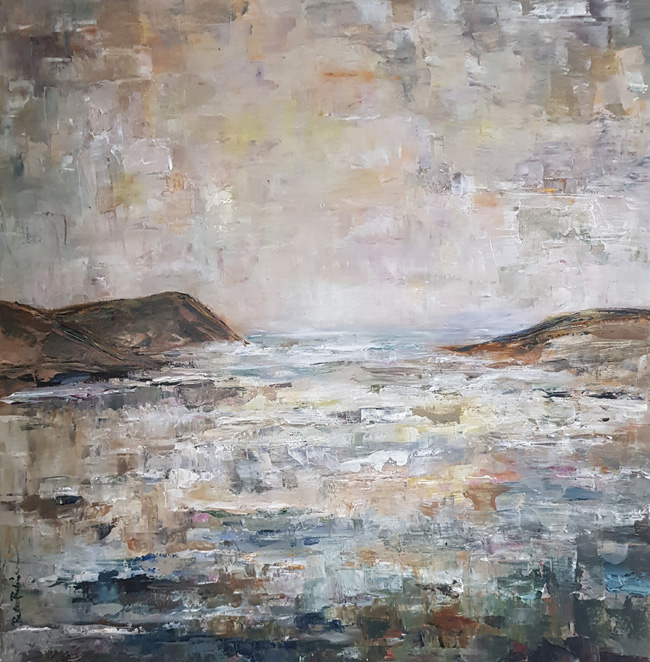 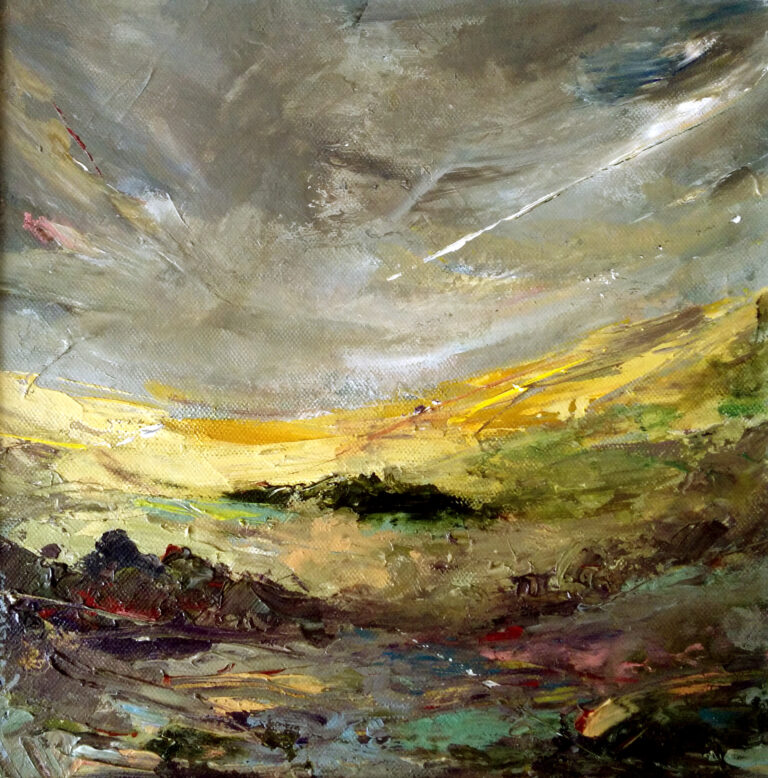 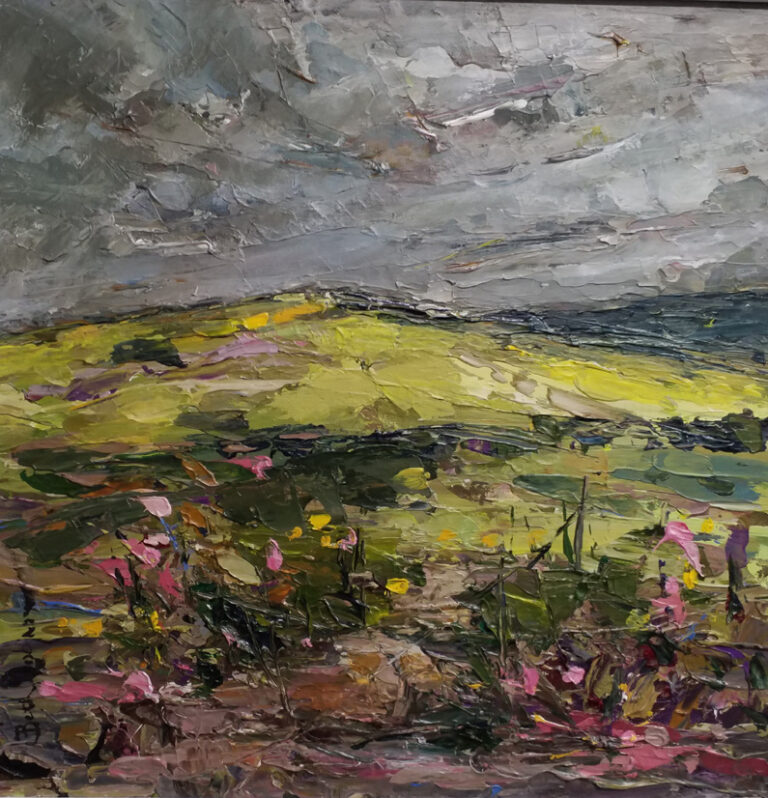 Medium:     Acrylic on board 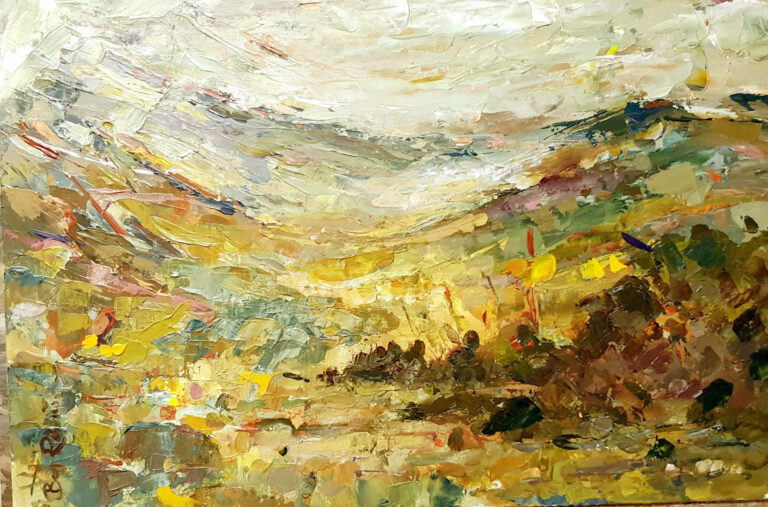 I was brought up in Chepstow,  Monmouthshire, though my parents were from Pembrokeshire. I graduated in Music from the Royal Welsh College of Music and Drama and the Royal Academy of Music before embarking upon a career in opera. Under the name Beth Michael I worked with companies including Scottish Opera, Welsh National Opera, English National Opera, Wexford Festival Opera, Bayreuth Festival Opera and English Touring Opera, singing roles ranging from Madam Butterfly, Tosca,  Manon Lescaut, the Merry Widow to Cenerentola and Carmen.

For many years I sang with  the Royal Opera, Covent Garden, where I met my husband Alan, who worked there as a stage technician .

From the first, I’ve been lucky enough to find a  ready audience for my work, and I have exhibited both locally and nationally, and a few years ago was I was one of only 100 artists across Britain invited to take part in the prestigious Discerning Eye/ING Platform 100 exhibition in London and touring throughout England.

My husband Alan and I now live in the foothills of the Preselis with a menagerie of border collies and cats.

I was asked by a student who was studying my work as part of her course what my techniques and influences were and this is what I wrote:
Technique:
As I’m self taught, I’m not sure what I SHOULD be doing, but basically, I just shove loads of paint on until it looks right.
I tend to destroy brushes, as I’m very heavy handed with them, so like to use a palette knife and fingers.
A damp cloth is also useful for blending or for removing paint.
If I want to paint a scene, I spend a lot of time just observing light effects and what the colours the different times of day bring out.
I’ll take a photograph for the landmarks, and sometimes do a sketch in situ, then work in my studio. The photograph is printed out with low resolution or greyscale, and I  put it aside once I have the picture blocked out on the canvas/paper. Then I start to move the paint around. This sometimes removes the landmarks I’ve blocked out; but if it looks ok, I’ll just go with it.
If you look at any view in sunshine, try nearly closing your eyes – you’ll sometimes see the refracted light through your eyelashes – it’s a reminder that our brains will filter the green of grass, for example,  to be fairly uniform. But actually, if you really look, you can see blues, reds, yellows, purples, browns as well as loads of greens.

Medium:    Acrylic on board